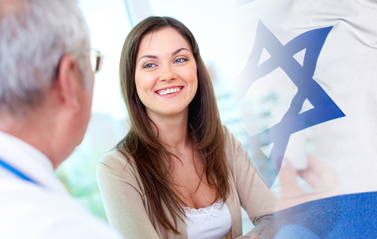 A radical hysterectomy - surgery, during which removes the uterus , ovaries, fallopian tubes, vagina, regional lymph nodes and contiguous adipose tissue. Operation of The is Carried out AT the cancer of the cervix and the uterus, of ovarian cancer, of endometriosis.

A radical hysterectomy may be performed: abdominal - through the anterior abdominal wall, vaginal and laparoscopic access.

Abdominal access (laparotomy) in radical hysterectomy is used by surgeons clinics Israel for large size of the tumor and the transition of the malignant process on the pelvic tissue. The operation is performed under general anesthesia. Duration of surgery - 90-120 minutes. After the surgery, the woman seen inthe clinic Assuta 4-5 days. To prevent recurrence after surgical treatment offers courses of radiotherapy and chemotherapy treatment of uterine cancer.

Laparoscopic radical hysterectomy may be performed in the following diseases:

It can be used and laparoscopic vaginal radical hysterectomy. The complex organ is removed through the posterior vaginal fornix. The operation is performed under general anesthesia.

Laparoscopic radical hysterectomy is not carried out in the later stages of cancer, the large size of the uterus and uterine prolapse.

Steps and advantages of the laparoscopic hysterectomy used in clinic Assuta.

Surgery to remove the vestibulitis

Inflammation vaginal mucosa and buccal glands located there, causes, treatment, and surgery in the hospital Assuta.