Cryotherapy - a progressive method of treatment of various diseases with effects ultralow temperatures. It can be used as a preventive measure - cryotherapy. This type of treatment accelerates regeneration of the body's cells and activates its defensive mechanisms, strengthening the immune system.

In a special chamber or the capsule the patient is placed, affecting a certain time coolant. procedures advantage is that virtually no side effects. When it is complete in the body run powerful recovery processes: getting better nutrition of tissues, increased blood flow and regeneration.

There are a number of contraindications to cryotherapy: increased individual sensitivity (cold intolerance), exacerbation of respiratory diseases, including viral, fever (fever, fever).

Indications for cryotherapy in Israel

Earlier, local cryotherapy is most often used to treat skin disorders, including skin tumors of different origin. To date, it is indicated for the treatment of psoriasis, basal cell carcinoma, squamous cell skin cancer. Indications are also papillomas, warts, freckles and other skin defects.

Most often in the treatment of cancer of the skin disease in Israel cryotherapy it is one of the additional components of the comprehensive treatment. The main method is allowed only at small sizes tumor focus in the absence of metastatic siftings into other body tissues.

Method of impact at low temperatures is used treatment of gynecological disorders: endometriosis, cervical erosion, myoma and fibroadenoma. Cryotherapy has been used successfully in Israel as one of the components of the treatment of cervical cancer. In the early stages of the disease may be sufficient to use it as a mono-technique, without recourse to other methods. 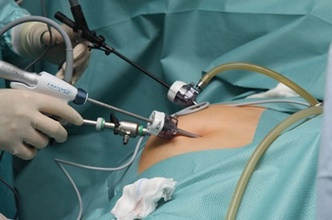 In the treatment of kidney cancer, this method shows good results and does not cause side effects.

During the operation, refer to the laparoscopic approach - through minimal incisions in the skin. The surgeon brings the needle or thin metal detector to the affected kidney. By freezing the tool is fed a liquid (liquid nitrogen or argon gas). Tumor cells are killed. The most favorable prognosis if the pathological formation is small. The recovery period takes place quite easily, the patient quickly returns to normal life.

Cryotherapy is assigned as in the treatment of prostate cancer if the tumor is small, there is a low probability of metastasis, no acute inflammation in the pelvic and rectum. This method is used, including, after transurethral resection of the prostate.

The operation is performed under epidural (spinal) or general anesthesia. special needles, cryoprobes introduced in the prostate gland. The tumor is removed cyclically: supplied gas neoplasm freezes, the supply is stopped until the tumor has thawed. The process is repeated and results in the total destruction. The bladder catheter is left for a while with an attached urine collecting device.

Cryotherapy is involved in ophthalmic oncology, in particular - with retinoblastoma. In such cases, intervention is minimally invasive and can be performed on an outpatient basis.

This method of treatment produces results and advanced stages of cancer, as palliative care, when diagnosed metastatic tumors in other organs. With individual approach to the characteristics of the patient and the variants of the tumor process, cryotherapy is performed, and in some other cases.

Local use of cryotherapy clinic Assutamay be conducted independently or during surgery. In cosmetology, in the treatment of diseases of the skin, vulva, cervix, surgical intervention is not carried out. For such procedures do not require general anesthesia, they may be performed on an outpatient basis. When carrying out certain gynecological procedures using local anesthesia. The patient may be given advice on the preliminary admission tablet anesthetics.

Local cryotherapy in Israel involves the use of liquid nitrogen or argon, which are impregnated cotton swabs for application to the affected tissue. These gases may also be filled with special containers with the gas feeding device directly to the place of use.

Cryosurgical treatment is performed during minimally invasive surgery. Focusing on location and size of the tumors, the surgeon carries out selection method of surgical access. In some cases, lack a simple puncture of the skin, in others - held the incision. After surgical approach to the tumor supplied liquefied gas. Such a method of cryotherapy in Israel requires local anesthesia, in some cases - general anesthesia.

Cryosurgical intervention performed with the mandatory visualization. The most commonly used endoscopic equipment, if necessary - computed tomography or radiography. Visual inspection - a prerequisite of such operations. This increases the accuracy of the manipulation, reduced trauma surrounding tissue.

The advantages of cryotherapy:

Cryotherapy in Israel - one of the safest and most effective methods of treatment of various diseases, including - and treatment of cancer in Israel. Particularly important is the ability of this type of treatment - influence only on abnormal tissue, without affecting the body as a whole.