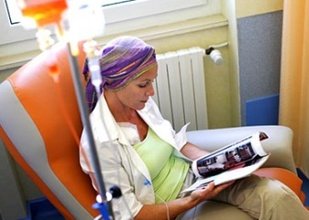 When the treatment of breast canceris usually given chemotherapy using an antineoplastic (cytotoxic) drugs to fight oncology. As a rule, it is a systemic treatment, which applies throughout the body, destroying cancer cells.

In breast cancer Chemotherapy in Israel Hospitals in the apply:

The decision to chemotherapy as a treatment option

Deciding on the for When appointment of chemotherapy forbreast cancer in the clinic Assuta take into account the following factors:

For breast cancer Chemotherapy is Offered AT stage 0 (in situ), because the risk of recurrence or spread of the disease to other parts of the body are very low on noninvasive tumors.

This type of treatment is usually recommended in the following cases:

For breast cancer Chemotherapy CAN the BE Offered as with the an option for the treatment of Diseases of situations in the the following the after discussing all benefits and Risks:

Medication dose and schemes are selected based on individual characteristics of patients.

This type of treatment in the early stages of the disease (stage I and II) is not usually given as a single formulation. Most drugs used in combination to enhance performance:

Will most common all of The chemotherapy regimen for breast cancer :

Certain chemotherapy drugs can be prescribed as monotherapy - singly for the treatment of metastatic cancer. They also recommend that patients whose disease is not responding to other treatments.

Colony stimulating factors can be assigned to certain chemotherapy regimen for breast cancer to help reduce these side effects:

Antibiotics are prescribed to reduce the likelihood of infection during treatment, especially in the high-dose therapy.

Moshe Inbar - himioterapevt, receives patients from Russia and CIS countries at affordable prices in Assuta hospital. Make an appointment with inexpensive, phoned us on the phone.

Irradiation of breast cancer in Assuta