Chemotherapeutic treatment involves the application of cytotoxic drugs to combat oncology. For pancreatic cancer Chemotherapy may the BE Imposed separately or in combination with OTHER treatments - radiation therapy or surgery.

Generally, chemotherapy drugs enter the body intravenously, but some cytostatics in the form of tablets or capsules - orally. Medications taken by mouth, absorbed into the bloodstream from the digestive system, they apply to the rapidly growing cells in the body.

Basically, chemotherapy is carried out on an outpatient basis, depending on the type of therapy.

If you are considering treatment options abroad is our medical service can offer services organization chemotherapy in pancreatic cancer in one of the best private clinics in Israel - Assuta.

Indications for chemotherapy in pancreatic cancer

This type of therapy can be recommended for the following reasons:

Chemotherapy may be used along with radiotherapy to increase the results of treatment. This combined approach is becoming more common and is known as chemoradiation.

The process of planning chemotherapy in pancreatic cancer

Several may Up Need You courses Placement of chemotherapy in pancreatic cancer . Oncologist Assuta will discuss the issue before taking consent to treatment. Blood tests are dealt before each cycle, in order to verify that the body is ready for treatment.

Interaction with other drugs

It is necessary to inform the doctor about any other medications taken by the patient. They can affect the effectiveness of chemotherapy forpancreatic cancer. This can be herbal medicines, dietary supplements, and other medications.

Chemotherapy in pancreatic cancer in the Assuta 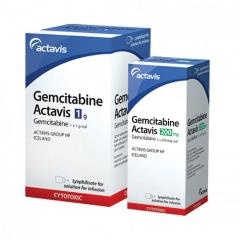 The following medications are used to treat exocrine cancer, the most common form of which - ductal andenokartsinoma, it relates to 95% of cases of this disease.

The choice of cytotoxic agents due to each specific situation.

Used alone, and sometimes in combination with other chemotherapy drug - fluorouracil, capecitabine or paclitaxel in advanced pancreatic cancer and after surgery to remove the tumor.

Is assigned separately as a continuous infusion, often within a few days in the adjuvant treatment (after surgery) as a sensitizer or with chemoradiation therapy or as a second line therapy.

This 5-fluorouracil (5-FU) in the form of tablets. Sometimes it is given together with gemcitabine alone as a sensitizer or with radiation therapy.

This combination of 4 different agents (folic acid [leucovorin], fluorouracil, irinotecan, and oxaliplatin), which is used for treatment of advanced pancreatic cancer, and sometimes before surgery to remove the tumor. It may cause more side effects than some chemotherapy drugs, so assigned to patients in good health.

Using this method cytotoxic drugs enter the body in the form of tablets, capsules or liquids. They are enclosed in a protective coating that is broken only in the stomach. The drug is released and absorbed by the mucous membrane of the stomach and intestines.

Not all of cytostatics can be perceived by the body in the form of tablets, as some of them are destroyed by stomach acid, while others can not be assimilated by the mucous membrane of the digestive organs. If the medicine is not absorbed, it leaves the body in the urine or stool. Also, some drugs can damage the lining of the stomach.

Oral cytostatic agent is capecitabine, which is used in combination GemCap. 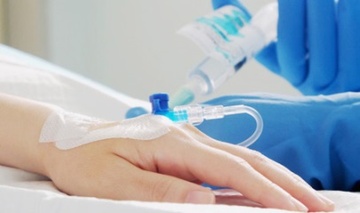 This is the most common method of delivery of chemotherapy drugs in the body, since most of them are easily absorbed into the bloodstream. Intravenous administration allows the drug quickly spread throughout the body. Doses determined by the type of tumor and cytostatic agent infusion can last from a few minutes to several hours. Continuous infusion may last from several days to several weeks. Potrativnye infusion pumps provide a slow and continuous drug delivery. There are various methods used to deliver cytotoxic agents intravenously.

A small, thin tube or cannula is inserted into the vein of the forearm or a vein on the back of his hand. It may be uncomfortable or painful sensations, but soon they pass. After the introduction of the cannula it is securely fixed in position and give the medication through the IV. This temporary device which is removed after each use.

It provides continuous delivery of medication at a low speed. The pumps have a small size and does not require batteries. They can be worn in a small bag or belt. There are various types of pumps, the patient will advise which of these needs and how to use it.

Cat - port (Port-A-Cath) is also known as an implantable or subcutaneous port which is used when require frequent or continuous administration of chemotherapy. Some chemotherapy drugs can over time damage the veins and lead to painful sensations. To make treatment more comfortable, can be used system-port Cat.

Port-A-Cath has two parts - the port and the catheter. A catheter is a thin, soft, and plastic hollow tube that is inserted into a vein in the arm or on the chest. Port diameter of about 2.5 to 4 cm, has one chamber, which is covered with plastic membrane, it is inserted into the needle Huber to take the medicine or take blood.

Surgery to implant usually requires a local anesthetic, but sometimes general anesthesia. It lasts less than one hour. The catheter is inserted under the skin in the chest or hands. Its tip is located in the zone of a large vein just above the heart, and the other is connected to the port, which is implanted under the skin in the upper chest or shoulder. It can be seen visually, and it feels like a bump.

There may be some discomfort at the injection site after the anesthetic effect of several depart, as well as swelling and tenderness around the port for several days. It will be possible to take a shower after 24 hours of operation, a bath - 2 weeks.

Leave the clinic will be a few hours after the procedure, when the patient moves away from the anesthesia. It is not recommended to perform any active exercise or engage in heavy work for two weeks after implantation.

Cat - the port can remain in place for many months. In rare cases, the formation of blood clots or tissue growth, sometimes it can cause infection. On the infectious process may indicate a red, swollen or painful area around the port, fever, chest pain, shortness of breath or dizziness.

In this case, an antibiotic is prescribed, if a serious infection - port can be removed.

Central venous catheters (Hickman®, Groshong® Lines) is placed under the skin in the middle of the chest. They pushed through the subcutaneous tissue and inserted into the superior vena cava. These catheters may have multiple lumens (inputs) to simultaneously could implement Blood samples or feed preparations. Each lumen has a special cap over the end of the catheter outside the body. It can be connected to the drip lumens.

Central venous catheter typically is introduced under local anesthesia on an outpatient basis. In most cases it takes only a few minutes. Basically, they are left in the body for several months.

Using a central venous catheter, there is no need to use a cannula. Also, they are included with the portable infusion pump that delivers the medication continuously at a slow rate.

It peripherally implanted central venous catheter. The implant procedure takes about fifteen to thirty minutes. First, use th ultrasound investigate venous arm structure and the place where the puncture will be performed. Local anesthesia.