If you're heading to the treatment of adenocarcinoma in Israel, read the information about the largest private Assuta Medical Center. The clinic is renowned for its capabilities and great potential, thanks to which the healing of cancer there is a majority of patients who applied.

Selecting Assuta, you get care from the best doctors of the Israeli health system, advanced technologies of diagnosis and treatment, the latest equipment and the latest generation of drugs. All this together creates favorable conditions for the treatment of cancer patients.

Adenocarcinoma - a little about the disease

Adenocarcinoma - type of cancer in which the development of atypical cells begins in the cells lining the inner surface of one of the bodies. Adenocarcinoma may occur in the largeintestine , Breast, esophagus , Lung, gall bladder , Prostate or uterus. Learning about the disease, immediately contact the clinic where treatment - this will help to stop, slow down the disease, but under favorable conditions to get rid of it.

Being treated in Israel adenocarcinoma with surgery, chemotherapy, radio waves and other methods. In order to develop an individual therapeutic regimen the patient was pre undergoing tests to confirm the diagnosis. The diagnostic program in Assuta employs the latest technology. In order not to lose time, all tests are laid in 2-3 days. During this period the patient receives the results and developed physician protocol.

When symptoms such as pain, diarrhea, bleeding, or fatigue, see your doctor immediately. If the cancer is detected at early stages, forecasts favorable treatment. For proper treatment of adenocarcinoma in the doctor examines Israel, aims at the necessary diagnostic procedures. It may be specific tests such as a colonoscopy, when using a tube in the rectum the doctor visualizes the presence of polyps. The patient is sent to the following procedures:

Adenocarcinoma Treatment in Israel - expulsion from the body of cancer 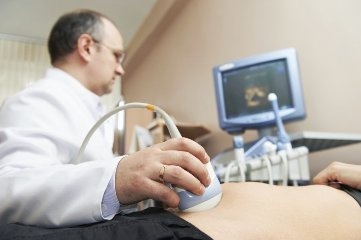 Treatment depends on the type of adenocarcinoma and how far advanced disease (stage cancer). Among the methods of therapy:

One of the innovative methods of treatment of adenocarcinoma in Israel is molecular profiling. This is one of the latest advances in treatment of lung adenocarcinoma. This discovery contributed genetic mutations in cancer cells (mutations in the genes that lead to deformations of proteins that promote the growth of cancer). Certain medications type can prevent and cure these mutations.

Prices for the treatment of adenocarcinoma in Israel, patient reviews

Find out the cost of treatment you can have. Point the results of your surveys to study so that we can make the most accurate understanding of the specifics of the disease stage, a state of health. According to the documents received, we will calculate the estimated cost of therapy. Below are the prices for some procedures:

We will be happy if, after contacting us you leave a review of the personal impressions of the stay in hospital Assuta. This will help other patients make a decision in choosing a hospital:

"We were married in July 2015 and I have learned that the sick lung cancer two months later It all began simply -. Was not enough air in the sea, where we went to rest Blamed on humidity But when they returned home, it.. became better not. At the hospital, in the community I put bronchitis and sinusitis, antibiotics are prescribed. Cutting the course completely, but here the condition has not improved. I turned to another doctor, who discovered I had cancer. He terrified for herself , her husband and parents. I asked the Assuta. I came to a wonderful doctor who prescribed re-diagnosis, and after prescribed treatment. Underwent surgery, take medicine. all it stabilized today. I feel good. Every six months I go to rest in Israel, at the same time show the doctor. He said that two years is necessary, and further on the circumstances. I want to thank me and my family. Elya, 35 years old. Peter ".

"I have set the stage 2 lung cancer five years ago The only sign that alarmed and talked about trouble was the pain in his back He passed all -.. Massage therapist, physiotherapist, doing acupuncture Our doctors have not been able to identify cancer. . I found the best diagnostic program in the clinic Assuta, phoned and went. There's something me and put the cancer. It was a shock, but the desire to live was stronger. Has passed a complicated treatment, the side effects were. But give credit to the doctor -.! corrected dosing regimen during treatment to reduce the unpleasant symptoms Thanks Zinaida Ilinichna, 52 years old Izhevsk "..