Today, more and more experts argued that the treatment of cancer in Israel ensures preservation of health. Contributes to obtaining such findings statistics according to which not save lives of patients after treatment in 98% of cases. The simple truth - the sooner the patient went to the doctor, the more successful is undergoing treatment and rehabilitation of patients. But much depends on the quality of care. In Israel, the effectiveness of the therapeutic process is based on:

Treatment in Israel prefers growing Russian and CIS medical tourists. Every year here is sent over 30 000 patients with cancer in Russia.

The clinic Assuta oncology treatment in Israel always effective. Here there are no insurmountable problems. The five-year survival prognosis appear credible figures. At stages I and II cure is achieved in 80-90% of cases of treatment. III and IV stages of cancer treatment in Israel can significantly improve quality of life and prolong the days of heavy patients as long as possible.

Psychologists say - the news of the cancer, learn to accept illness. This will allow you not to waste power, and concentrate energy on healing. But alone it is impossible to achieve recovery. We need the help of professionals. Having decided to go to Israel, you make the right choice on the way to the implementation of this goal.

Assuta Hospitaloncology treatment in Israel offers at affordable prices. The medical establishment has a multidisciplinary laboratory, where all kinds of studies are carried out on a daily basis. In the country's largest hospital employs highly qualified doctors composition, which account for thousands of lives saved. Science clinics Center conducts research in the study of tumor markers, genetic mutations and other signs of early detection of cancers. In practice uses traditional and new methods of treatment of diseases.

According to Israeli experts, the tumor - the result of a genetic mutation in the body. Genetic failure leads to the degeneration of healthy cells in atypical that a person's immune system is not able to identify yourself, since it is not perceived as foreign agents. This becomes the reason that cancer is spreading rapidly, localization of the tumor disperse to nearby tissues and organs, and the body appear metastases that complicate treatment.

Oncology in the country being studied from all sides. This contributes to finding new treatments. Pathology is expressed in a variety of types and forms. This carcinoma, sarcoma, melanoma, lymphoma, glioma, teratoma, and leukemia. Each type of cancer has its place of localization in tissues.

Gender aspect in the formation of cancer

Scientists have proved that the kind of cancer pathology depends on the gender of the person. So, Oncology treatment in Israel in percentage terms as follows:

Other types of cancer are inferior in the number of patients under treatment in a clinic. If the appeal to the health center is overextended nature likely to develop metastases in organs. When advanced forms of the disease are located metastases in the lymph nodes, liver, lungs, spinal structure and bone.

Cancer Treatment - how to detect cancer

In Russian clinics to detect cancer at an early stage it is not always possible due to lack of profile equipment and methods to detect dangerous pathology for discoverable abroad. Among the diagnostic procedures that precede the treatment in Israel, noted:

Oncology revealed in Israeli hospitals and its innovative method of rapid diagnosis of the patient's blood. Opening companies Savicell was the impetus for the study of the immunological status of the cells. As the first in the development of cancer pathology responding immune cells, specially organized study to determine the cancer in its early stages.

Innovation in the treatment of cancer in Israel

Today at Assuta treat oncology in this country go even experts healthcare industry. by world standards medicine in Israel is available, and the number of innovative developments in the field of detection and treatment of disease, is breathtaking. Since the research financed by the public purse and the money allocated in serious volumes, lack of discoveries there. Among the most recent achievements are marked:

To the existing tools for the treatment of oncology added a new in Israeli hospitals. Scientists have invented an ultrasonic scalpel Bonescalpel, which cuts the bones without damaging the soft tissue located near, blood vessels and tendons without difficulty. The bone is cut with a scalpel without damage to the spinal cord.

Another innovation used in the conduct of Israeli operations, the unit became the O-ARM, based on the X-ray high precision robotic installation steps. Through innovative hardware doctor holding x-ray directly during surgery, which reduces the risk of erroneous actions.

This equipment generates three-dimensional model of the tumor, which simplifies control over the course of the operation. The navigation system allows you to raise cancer therapy to the next level. Without causing harmful effects on the body, the newest equipment allows us to perform complex neurosurgical intervention and other operational practices.

Innovative prostate cancer diagnosis method which is used in the treatment of cancer - percutaneous biopsy, in which during general anesthesia in a patient using the device profile, placed in the crotch, withdraw a sample of diseased tissue changes. The uniqueness of the method lies in the fact that one approach the doctor takes up to 40 samples of matter. This increases the chances of early diagnosis and timely treatment. Until recently, the diagnostic tools for prostate cancer was present classic biopsy and PSA method. The fabric is withdrawn from the patient's rectum, taking control of the material is produced under the supervision of a physician ultrasound diagnosis apparatus.

More about the Less Learn benefits of indicators directory by success, Promising directions in the article " of The treatment of cancer in Israel ." 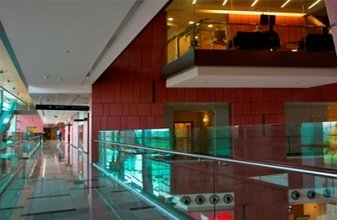 Every year in the arsenal of foreign clinics, new methods of treatment of diseases. In Israel, on a par with conventional medicine, new treatment practices. In the classical cancer pathology correction approach is used:

Among the new methods of cancer treatment in Israel popular cyber knife - Radio interference robotic system on the tumor. The method is applicable in difficult accessible areas that require high-precision impact on the focus of pathology and its boundaries. Suffice 5 sessions of therapy to the tumor was destroyed. Technology delicately handles surrounding tissue and organs, not hurting them. The use of cyber-knife does not require anesthesia - severe discomfort on stage there is no treatment. Method is used and when it is necessary to treat oncology in Israel, which gave metastases in healthy organs.

One of the newest and most effective methods of cancer treatment in Israel is a biological therapy, also known as targeted therapy, immunotherapy, it includes monoclonal antibodies, cancer growth inhibitors. These drugs are in any way affect the processes occurring in cells. For example, it is now being actively used in Israel nivolumab (melanoma and lung cancer), adestris (with Hodgkin's lymphoma, anaplastic large cell lymphoma), zelboraf (in metastatic melanoma), keytruda (melanoma).

No less popular method of radiofrequency ablation, where, due to necrosis of tissue heated die swelling. However, using such treatment oncology in Israel for all types of cancer pathologies. Effective method in lesions of liver, kidney, lung, rectum. Cancer treated in Israeli hospitals, and other methods, including brachytherapy, cryotherapy, photodynamic therapy, bisphosphonates and so forth. This choice of therapeutic techniques allows us to develop an individual treatment protocol with the choice of optimal treatment strategies in each case.

Do not waste your precious time to contact us!

The best clinics of Israel Oncology

The best cancer center in Israel, received their status due to many patients - the clinic Assuta. We are open to anyone who wants to restore health.