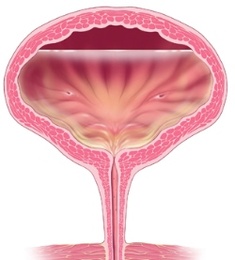 Malignant tumor of the bladder mucosa occurs in organ. In some cases, it spreads to the surrounding tissues.

The presence of the disease, usually indicates a sign of the blood in the urine.

There are several types of disease, evidence of its spread.

If cancer cells affect only the mucous body, doctors diagnosed superficial bladder cancer, the most common form of the disease, which is found in 7 of 10 cases of the disease. The majority of people successfully cured.

When cancer cells penetrate beyond the mucosa into the surrounding body muscles are diagnosed with muscle-invasive bladder cancer. They get sick less often, but it has a higher risk of spread to other organs and often leads to death.

Diagnosis of bladder cancer in Israel

Examination in the clinic Assuta begins with anamnesis and physical examination. The main diagnostic procedures include the following.

Rent a urine sample, it is tested for the presence of any infection or abnormal cells. The test that detects abnormal cells, otherwise known as cytology. It does not guarantee 100% accuracy, in some cases shows a false-positive result (detects cancer, although it is not), or false-negative (the reverse situation).

During this procedure is used a tool known as a cystoscope (thin tube, resembling the shape of a catheter with a camera and a lamp at the end), in order to study the inner surface of the bladder. The duration is generally about five minutes. A local anesthetic is applied as a gel, which is applied to the urethra.

If during cystoscopy detected violations in the bladder, it can be offered to take a tissue sample for further study. A biopsy is often performed by a procedure known astransurethral resection of the bladder (TUR). It is performed using general anesthesia.

If the biopsy results indicate the presence of cancer cells is assigned a subsequent diagnostics to determine the spread of the disease. Further tests may include CT, intravenous Voiding.

When the test set the exact form of cancer and the stage of the disease.

Treatment of cancer of the bladder in Israel

Options for treatment are largely due to the spread of the disease.

The patient in the clinic Assutaengaged in multidisciplinary team - a group of professionals who work together to decide on the best treatment options. The team may include a surgeon, a urologist, oncologist, pathologist, radiologist, nurse. Doctors give advice about treatment programs, but the final decision rests with the patient.

Treatment of the surface forms of the disease

Recommended cancer treatment plan bladder in Israel will depend on the likelihood of recurrence, the degree of spread of the disease beyond the mucosa of the affected organ.

This risk is calculated taking into account a number of factors, including:

If the risk of recurrence or spread of cancer is low, the treatment will involve surgery to remove the tumor, followed by single-dose chemotherapy in the bladder.

When this risk is moderate, can assign a longer course of chemotherapy after surgery.

If the risk is high, BCG is used following surgery.

The standard surgical treatment ofsuperficial forms of bladder cancer in Israel is transurethral resection (TUR). It can often be carried out simultaneously with a biopsy.

General anesthesia is used. The surgeon uses an instrument called a cystoscope to find the visible tumor and remove them from the mucous body. To stop the bleeding using electrical current produced coagulation.

If there are significant bleeding later insert a catheter through the urethra into the bladder to remove blood and urine for a few days.
For most people, hospitalization is on average two days after the Tour to return normal physical activity for two weeks.

After surgery, the treatment of bladder cancer in Israel can conduct intravesical chemotherapy, introducing the solution into the bladder through a catheter (not exerting action on the entire body) and leave it in about one hour.

Medication side effects include: skin rash or irritation, fatigue, inflammation of the lining of the bladder. This can lead to frequent urination and pain in the process. After a few days the symptoms go away.

If the risk of the disease returning and spreading in the body of moderate or high, additional courses of chemotherapy, usually once a week for six weeks.

After surgery in the treatment of bladder cancer in Israel may be assigned to the BCG vaccine. This embodiment immunotherapy: live BCG mycobacteria-1 strain under intracellular multiplication stimulate a cellular immune response. The main purpose - to prevent the risk of recurrence.

Initially used BCG vaccine for tuberculosis. The exact mechanism of its work is still unclear.

The vaccine is given in the same manner as intravesical chemotherapy. For its administration used and the catheter is left inside the medication within two hours.

Most people require weekly treatments over six weeks. Depending on the characteristics of the patient, it can also be recommended for maintenance therapy. It suggests further doses of BCG every week for three weeks, at intervals of six months. In general, it takes about three years.

Chemotherapy usually prefer treatment with BCG, as the side effects of the latter are less stringent. These include: frequent urination, pain, haematuria, flu-like symptoms, infections.

The formation of the recommended treatment plan will affect the degree of spread of the disease.

The treatment of with In bladder cancer in Israel is will most often the Used Radical cystectomy , in the which the bladder is removed, the Surrounding lymph nodes, the urethra segment, the prostate gland to - men and the uterus, of the cervix - in women. During surgery, the surgeon creates an alternate path for urine excretion from the body.

Irradiation treatment of cancer of the bladder in Israel is an alternative therapy. It is performed:

Raditerapiya carried out daily, five times a week for 4-7 weeks. The duration of each session is between 10 and 15 minutes. Adverse effects of treatment include: diarrhea, cystitis, inflammation of the vagina in women, male erectile dysfunction, infertility, fatigue, urinary incontinence. Most of them will take place a few weeks after completion of radiation, but it is likely that some of them will become permanent.

The fact that the radiation is directed to the pelvis, it usually means the occurrence of infertility. However, for most people who undergo radiation therapy, it is not a problem, because they are too old to have children.

Palliative radiation therapy, where the goal is to relieve symptoms, as a rule, appointed for short periods, so usually does not cause unwanted effects. If they arise, continue a short time.

However, the period required to achieve the effect, and in this period the patient may feel worse.

A team of doctors, who works with the patient, will recommend a specific treatment program for bladder cancer in Israel, taking into account individual circumstances. Despite this, the patient's participation is also important, it is necessary to discuss this issue.

There are pros and cons of surgery and radiation therapy. 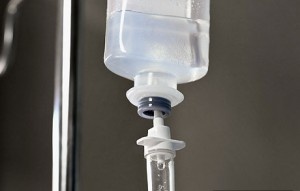 In some cases, chemotherapy in the treatment of bladder cancer in Israel is used in invasive forms of the disease. Drugs administered intravenously.

This is called intravenous chemotherapy and assigned in the following cases:

It is still not enough evidence for the efficacy of this treatment after surgery to prevent recurrence. As long as it is used in clinical trials.

Chemotherapy is usually carried out within a few days in a row, after a few weeks the body is restored. This cycle is repeated for a number of months.

Since cytotoxic drugs are administered into the blood, the patient will experience a wide range of side effects than with intravesical chemotherapy. They should disappear after treatment.

Chemotherapy weakens the immune system, making the body more susceptible to infection. Therefore, it is important to report any symptoms of a possible infection such as fever, cough, or skin redness team doctors. It is recommended to avoid contact with people who are known to have an infection.

Other side effects of chemotherapy can include: fatigue, lack of appetite, hair loss, vomiting, nausea.

If the treatment does not include resection of the bladder, there is a risk of recurrence.

The probability of the return of the disease is higher in cases of superficial forms of bladder cancer compared with muscle-invasive, and can be as high as 80% in some cases, especially if there is a high risk.

The probability increases with the following factors:

Therefore it is recommended to visit a doctor in order to control. A team of doctors, which runs the patient, provide more information about the following advice and recommendations.

Prices for treatment of bladder cancer in Israel

Leon Agulyansky known developments in the field of urologic surgery. The clinic Assuta is a private practice physician, taking patients from abroad.

Dr. Jack Baniel carries out complex surgery oncourological profile. Apply for treatment at the clinic Assuta, to restore the health of the genitourinary system.

Treatment of urethral cancer in Israel

The clinic Assuta treatment of urethral cancer in Israel is conducted in accordance with recognized international high quality standards. Prices for treatments available.

The surgeon works as a senior doctor in the urology department of the medical center "Assuta" where you can get there, leaving the application on our website.

Matskina Haim receives patients of any diseases of the genitourinary system. Oncology, anomalies, congenital malformations or acquired doctor will help to eliminate.