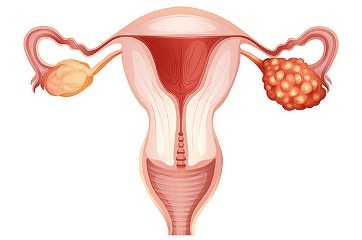 Ovarian cancer - a cancer that develops from epithelial ovarian tissues.

By the nature of ovarian cancer can be:

Most often metastasizes to the ovaries stomach cancer and breast cancer .

The risk of ovarian cancer include:

Ovarian cancer is often called the "silent killer" - disease makes itself felt when the cancer spreads beyond the limits of the body. Symptoms such as:

An important factor in the successful treatment of cancer in Israel is the early diagnosis of ovarian cancer.

The clinic Assuta patients with suspected malignancy of the ovary performed a pelvic examination, pelvic ultrasound, determining the level of tumor markers CA125 and HE4, computed tomography with a double-contrast MRI, laparoscopic ovarian biopsy and cytology of ascites.

To exclude the breast or stomach cancer primary cancer conducted mammogram and endoscopy.

During the treatment of ovarian cancer in Israel Assuta hospital doctors of different specialties work together to create a total treatment program that combines a variety of techniques. The team consists of other specialists - nurses oncology pharmacist, nutritionist, and others.

Ovarian cancer is treated by different methods, the most frequently - by means of surgery and chemotherapy. The choice is primarily influenced by the stage of the disease. Options for the treatment of ovarian cancer and recommendations depend on several factors - the type and stage of disease, potential side effects, patient preference and her general health, wishes of the woman - to have or not to have children.

In the treatment of ovarian cancer patient was worried about how such therapy will affect her sexual health and fertility, these topics are discussed with the medical team.

Doctors suggest the possible treatment options for a particular case, tell us about the treatment of problems of potential unintended consequences.

By turning surgery in the diagnostic process, that determine the extent of disease. According to statistics, 30% of women who are diagnosed - an early stage of the disease as a result of imaging, and later found out that the cancer had struck other organs.

To determine the extent of spread, the surgeon will remove the lymph nodes take tissue samples, the liquid from the peritoneal cavity. If during the operation it turns out that the pathological process came out of the boundaries of the primary tumor, the doctor will remove the greatest possible quantity of the affected tissue. This will provide the greatest benefit in combination with subsequent chemotherapy.

In the treatment of ovarian cancer in Israel carried out several types of operations:

Possible side effects of surgical treatment of ovarian cancer in Israel

Surgery will cause short-term pain for its elimination effective analgesics used. Within a few days after the surgery the patient may experience difficulty in emptying the bladder and bowel. Surgeon pre tells about the possible side effects of a particular operation and ways of how they can make it easier.

If during surgery were both ovaries removed, a woman can no longer become pregnant. It removes from the body's source of sex hormones, which leads to premature menopause. Soon after surgery symptoms such as hot flashes, vaginal dryness. 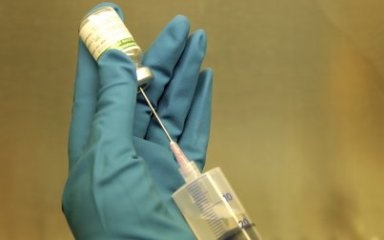 Chemotherapy - treatment that uses drugs to kill cancer cells, affecting their ability to grow and divide.

Systemic chemotherapy involves the distribution of cytostatics through the bloodstream, reaching abnormal cells throughout the body. During treatment of ovarian cancer in Israel includes a number of cycles. The patient can undergo therapy with one drug or a combination thereof.

Most of the embodiments described below are applicable to epithelial cancers. Types of chemotherapy:

An alternative method for the adjuvant treatment is intraperitoneal chemotherapy. This approach is recommended for stage III disease after successful surgical intervention. Carboplatin replaced cisplatin (Platinol), entering directly into the peritoneal cavity. Cisplatin has more side effects. Studies show a higher efficiency compared to intravenous chemotherapy every 3 weeks. If you choose this approach, consider and evaluate a variety of factors - age, kidney function and other existing health problems.

Currently, studies are evaluating the efficacy of weekly treatment with paclitaxel and adding other new agents - PARP inhibitors. Several clinical trials have shown the benefit of application of Avastin with standard chemotherapy after the initial surgery.

If the disease recurred in less than six months after the application of cytotoxic drugs based on platinum, it is called resistant to these compounds. In this case, a plurality of applied preparations, which showed about the same efficiency. The choice depends on the possible side effects and graphics treatment of ovarian cancer in Israel. Use of paclitaxel, docetaxel, paclitaxel, nab (Abraxane), doxorubicin, topotecan (of Hycamtin), gemcitabine, vinorelbine (Navelbine), pemetrexed (Alimta), irinotecan (Camptosar), etoposide (Toposar, VePesid) or altretamine (Hexalen).

Recently, the FDA approved the use of bevacizumab with paclitaxel, liposomal doxorubicin or topotecan for ovarian cancer that is resistant to chemotherapy drugs based on platinum.

Chemotherapy drugs platinum in the treatment of ovarian cancer in Israel

If the cancer has returned more than 6 months after treatment with cytostatics based on platinum, it is considered sensitive to these drugs. When swelling occurs in one place, it will be useful additional surgery (surgery is usually only considered if the time period was, at least, 12 months after chemotherapy). If malignancy appear in several places, chemotherapy is the next step. For patients with sensitive preparations platinum ovarian cancer clinical trials have shown the advantage of Carboplatin iv in combination with paclitaxel, gemcitabine (GEMZAR) or doxorubicin (Doxil). Studies have assessed the addition of bevacizumab, blocking blood vessel growth tumor, for gemcitabine and carboplatin. It increases the time to recurrence but had no effect on survival.

For the treatment of ovarian germ cell tumor cancer including the step of initially which can maintain fertility in some cases. After surgery, it is generally recommended, chemotherapy except step IA or a step dysgerminomas class 1 immature teratoma. Chemotherapy involves the intravenous administration of drugs - bleomycin (Blenoxane), etoposide (Toposar, VePesid) and cisplatin (Platinol).

Stromal tumors are considered to be a rare form of ovarian cancer, they are in the connective tissue that holds the ovary together. Once the operation is usually carried out for one step. For early-stage high-risk tumors, 3-4 stages of combinations of chemotherapeutic agents is often used: bleomycin (Blenoxane), etoposide (Toposar, VePesid) and cisplatin (Platinol). They are mostly used after surgery or at relapse. According to clinical trials, the alternatives are carboplatin (Paraplatin) and paclitaxel (Taxol). On return of the tumor may be activated hormonal therapy leuprolide (Eligard, Lupron, Viadur).

In any type of ovarian cancer chemotherapy side effects depend on the individual and dose regimens. Often arise:

They usually go away soon after treatment. Among the unwanted consequences of potential note: Problems with cognitive functions (concentration of attention or memory), neuropathy (pain or numbness is the result of damage to the nerves).

Other possible side effects include loss of fertility and premature menopause. Occasionally some drugs can cause loss of hearing or kidney damage. Before treatment of ovarian cancer in Israel Assuta Hospital patients are given full information on the possible short-term and long-term adverse effects of therapy. It is important to note that many of them can be reduced by adjusting the dose and / or schedule (mode), the majority of them are effectively controlled by doctors.

Treatment options depending on the stage of ovarian cancer 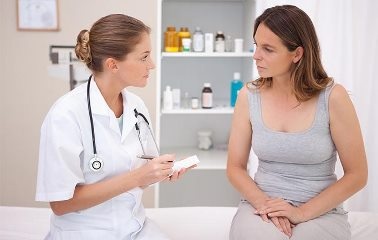 The following discusses some of the possible procedures, based on the stage of the disease.

For radiation therapy is not often treated in the treatment of ovarian cancer in Israel. The main method is an operation, the majority of women undergoing chemotherapy. Radiation therapy can be offered:

irradiation procedure takes place in a special department of the clinic. In the early stages after surgery, radiation therapy is prescribed once a day on weekdays. This course of treatment of ovarian cancer in Israel lasts 3 or 4 weeks. In metastatic malignancy is usually performed only a few procedures aimed at the cancerous area.

Before treatment of ovarian cancer is carried out careful planning when determining the amount of the required radiation therapy and the region. CT or MRI is performed.

radiation therapy procedure is performed using a linear accelerator which can be fixed in one position or to rotate around the body. According to the time it takes from one to several minutes.

Radiation therapy to the abdomen or pelvis, usually causes few side effects. Short-term include:

they all disappear within a few weeks after the end of radiotherapy.

There are so-called long-term side effects that can occur at any time from several months to several years after the end of exposure. Healthy tissues grow slowly, so the radiation effects can occur after a large amount of time. This may include disruption to bowel or bladder.

Doctors usually can not determine who the highest risk. Some people are more sensitive to radiation than others. You must notify your doctor about previous diseases of the intestine or abdominal surgery. It can take precautions to reduce the likelihood of such effects.

Disturbances in bowel habits manifest as diarrhea or constipation. If these symptoms occur, you must inform your doctor. They need to explore, to make sure that they are the result of radiotherapy treatment. They will be assigned to drugs, to regulate body work. It may be useful advice nutritionist about the changes in the diet that can help.

Radiation therapy can make the bladder less elastic. He can not hold the previous level of urine, you will need to visit the toilet more often. Doctor may advise on how to train the body to make less frequent urination. 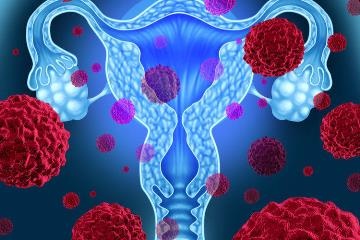 If the neoplastic process extends beyond the boundaries of the ovaries, spreading to other areas, it is called advanced or metastatic. This may be 2,3 and 4 disease stage. Unfortunately, the disease is often diagnosed at these stages. In some cases it can be treated with surgery or chemotherapy.

The problem of treatment of ovarian cancer in Israel in the late stages - to reduce swelling and control the disease as long as possible. Ovarian cancer can strike:

Likely to be used cytostatics. If carboplatin was effective, it will be given in small amounts. Can be offered other drugs paclitaxel (Taxol), doxorubicin, gemcitabine, topotecan or cisplatin.

Metastatic ovarian cancer surgery can be carried out:

In addition, apply a number of other operations.

Within the framework of biological therapy in some cases used bevtsizumab (Avastin) along with chemotherapy. This drug helps the body to control growth of malignant cells, counteracting the establishment of tumor blood vessels.

Prices for the treatment of ovarian cancer in Israel

Ovarian cancer is treated in Israel in different ways. It all depends on what stage of cancer and the presence of metastases in other organs. The attending doctor prescribes for each patient a treatment plan that may include targeted therapy, chemotherapy, and surgery if necessary. With approximate prices can be found here:

More detailed prices can be found at medical service consultants Assuta. To calculate the cost of yourcancer treatment in Israel, We need to get documents from your diagnosis. Send a request and we will be able to answer all of your questions, including the cost.

Irina Zhevelyuk - a specialist in the field of radiation therapy. It works with abnormalities of the reproductive system and mammary glands. Enroll to the doctor can be through our medical services.