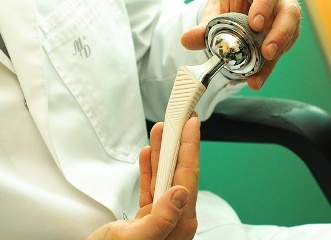 Hip arthroplasty in Israel is an effective tool to restore lost functions. According to statistics, the second largest joint in the human body is replaced by an artificial often than all the others. Annually in the world spend about three million such operations.

The first prosthesis was carried out by the German surgeon Gluck back in 1891. It was not too successful, but cemented in medicine scientific interest in the subject. The inventor of the modern prosthesis became the English surgeon John Charnley, whose designs have replaced all previous versions in 1979.

Indications for hip replacement in Israel

According to a major Israeli specialist, Dr. Aaron Menachem, about 85% of people aged 60 years suffer from wear large joints. Of this amount, about 60% experiencing severe pain. The cause of these pathologies is often the inflammatory process, namely osteoarthritis, rolling in arthrosis. The main indications for hip replacement in Israel, including in the clinic Assuta, are the following factors:

The hip joint is one of the most important in the musculoskeletal system of the human body. He is able to withstand heavy loads and executes a significant number of various activities, including flexion, abduction of extremities in hand, straightening, turning and other internal and external traffic. The joint consists of the head of the femur and ligament, which connects it to the acetabulum. Osteoarthritis leads to its gradual destruction. This disease is a slow, chronic in nature, characterized with recurrent inflammatory processes, gives a person an average or quite a lot of pain.

In modern medicine, there are about 60 types of artificial hip joints. As a rule, medical centers, including in Assuta hospital, apply two surgical approaches:

Modern artificial substitutes often manufactured from titanium, metal alloys, ceramics and composites. In general, they can be divided into beztsementnyh, hybrid (partial cementation) and cemented (using bone cement) standard implants. The latter is often used in the treatment of patients with higher weight. For certain cases, there are also special prostheses, made to order. Among the best producers in the area include companies from the US, UK and Switzerland - Biomed, Zimmer, DePuy, Johnson & Johnson, Corin, CPM and others. The clinic Assuta orthopedic surgeon individually selects the most suitable type of prosthesis.

The advantages of the new generation of prosthetic devices include high wear resistance, a sufficient range of motion. It also does not require a large incision and well protects bone in the acetabulum. The diameter of the artificial femoral head as close to the natural one, which ensures ease of use. Prostheses in the middle designed for a lifetime of the order of 25-30 years.

Modern technologies allow to carry out high-precision surgery to replace joints, allowing you to maintain healthy tissue, reduce the period of postoperative rehabilitation and achieve better quality of life. According to statistics, about 95% of these procedures are successful. All the way to their usual way of life of the patient on the average returns in a few months.

Depending on the pathology severity of the disease and duration of operation is from one to two to three hours. The latest technologies used in the Assuta hospital, allow not to injure the muscles and ligaments to a large extent. During the operation, surgeons just pushing them, whereas before they had to be cut off.

Doctors decide on the need for surgical intervention in those cases, if the patient experiences severe pain, reduce physical activity and cause sleep disturbance; can not or difficult to perform the most common traffic (climb stairs, stand up from a chair, and so on); there is no effect from the drug and physiotherapy treatments.

Of Total hip replacement in Israel is an operation of remote is damaged cartilage and bone and Replacing Them with implants are, the which CAN the restore the broken functions The. The classic method involves performing incision on the outside of the thigh - the side or from behind. The entire procedure is usually performed under general anesthesia.

However, surgeons are increasingly practicing a minimally invasive approach that is more gentle and less traumatic to the body as a whole. In this case, the incision is minimal, and the operation is carried out through the front of the thigh. The procedure is widely used method of computer navigation, allowing to achieve maximum accuracy and reduces its duration. Reduces the risk of bleeding and infection. The rehabilitation period was also considerably reduced.

On the second day after surgery, patients are allowed to walk slowly with a special frame. Duration of walking increases daily. Individual doctor prescribes medication, which is necessary to prevent potential postoperative complications such as thrombosis. Walking without crutches, load on the foot is usually available in 40-50 days after surgery. In addition, the necessary rehabilitation measures. They are aimed at restoring muscle tone and eliminate contractures.

knee arthroplasty in Israel at reasonable prices with the best implants carries Assuta Medical Complex. Choose a doctor for surgery.

Endoprosthesis in Israel is carried out world-class experts. Assuta Hospital offers treatment using the latest prosthesis, performed with a high degree of accuracy.

Orthopedics in Israel: the spectrum of diseases, orthopedic diagnostics and guidelines for treatment.